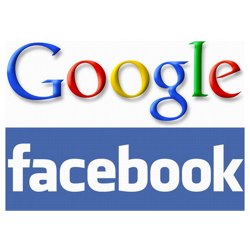 The newest social networking site is here! Google+ launched June 28 of this year, and it is still in initial testing phases. Thus, in order to join, you must get an invite. On June 29, users were able to invite friends over 18 years old to create accounts and update profiles. The ability to invite friends was quickly suspended because of increasing demand for accounts. Google+ was built in an attempt to rival social media mogul, Facebook, which boasted 1/2 a billion users in 2010.
Google+ integrates all Google social platforms with its existing services and features, including Google Buzz and Google Profiles. Additional features include Circles, Hangouts, Sparks, and Huddles, among others. Google+ will be available as a desktop app as well as an Android and iOS app.
Features

Not Your Grandma’s Social Media Site
What I love about Google+ is that it is technologically progressive. The site is best-suited for people more familiar with technology and willing to try out a new social media platform. Though relatively intuitive, the site offers complex, progressive functionality that promises to revolutionize social media and impact social media management. Users must take an increasingly active role in the process of utilizing Google+ effectively. It requires that users have a higher level of familiarity with web-based tools.
How Google+ Impacts Your Business
I am very interested to see how Google+ will impact the world of social media management, obviously, and I think that the site will provide some unique marketing opportunities, as well as opportunities to personally connect with potential clients. Additionally, though, Google+ offers some tools that may prove useful to businesses, including the “hangout” feature, which would be a great, free way to host business meetings or networking events virtually. The global impact of Google+ on the social media milieu remains to be seen, and I am excited that we live in an age in which innovation is celebrated! Check back for more news on Google+.