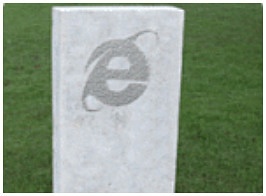 5 Reasons why IE6 Must Die

Whether you work for a company that won’t get rid of IE6 or have parents that just don’t see the need to ugprade, here are five new reasons to upgrade or switch browsers:Now Internet Explorer, specifically IE6, is under fire again after a critical IE vulnerability was implicated for the attack on Google’s infrastructure by Chinese hackers. While IE6 criticism is not a new phenomenon, last week’s events give those of us who advocate for the abolition of IE6 (myself included) new ammu [...]
Read More